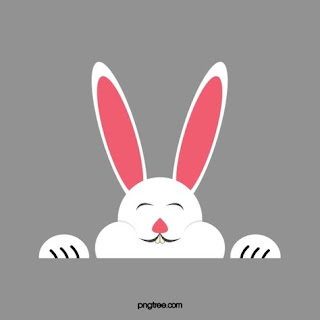 A couple of years ago around Easter time, a Wall Street Journal article listed the 39 most famous bunnies. Near the top of the heap along with Bugs Bunny and Peter Rabbit was an invisible six foot one-and-a-half inch tall rabbit by the name of Harvey, the subject of the Pulitzer Prize play by the same name and the movie that followed starring Jimmy Stewart in what he once said was his most favorite role.

Just like memories of Lucy and Ethel stomping grapes on an episode of I Love Lucy or Gene Kelley singing in the rain, there is, as one critic recalled her mother saying, no time when the mention of Harvey doesn’t bring a smile to anyone’s face who is familiar with the “tale.”

In the story written by playwright Mary Chase, a middle-age man named Elwood P. Dowd befriends an invisible six foot one-and-a-half-inch tall rabbit much to the dismay of his social climbing sister Veta. Chaos breaks out when Veta tries to have Elwood committed to a sanitarium. The question becomes who is more sane….Elwood and his imaginary rabbit or the outside world that Veta represents. It turns out that in many ways Elwood and Harvey are a lot more humane than those who claim to understand reality. Together Elwood and Harvey create mischief for those who deserve it and revel in their moments together when life is peaceful and kind and pleasant.

From the time that Harvey debuted on Broadway in the middle of World War II to a recent reference to Harvey by the mystery writer Louise Penny in her book Kingdom of the Blind, audiences and readers have never stopped thinking about Harvey and appreciating all he is to us.

That an invisible rabbit could be the subject of multiple references in movies like Field of Dreams, Shawshank Redemption, and episodes of The Simpsons on television is a tribute to the character that was created by his author, Mary Chase.

The actress Helen Hayes who played in the revival of Harvey in 1970 explained to host Johnny Carson on The Tonight Show that in her mind if youngsters just put their imaginations to work, they too wouldn’t have to find other destructive means of escaping. They too could just have a fun invisible companion like Harvey the rabbit and all would be well.

As the Easter season approaches and we think of Peter Cottontail hopping down the bunny trail, we should all have a dream of someone like Harvey in our lives that makes us all kinder and more pleasant human beings.

Mimi Pockross is the author of Pulling Harvey Out of Her Hat: The Amazing Story of Mary Coyle Chase