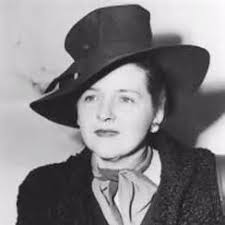 She was 37 years old when she won the Pulitzer Prize in Drama for her play Harvey in 1945, only the fourth woman to have done so since the onset of the award in 1917, and still today remains today the only Coloradan to have done so.

She was a wife and a mother who was known by Broadway critics as a "housewife who wrote plays." She didn't let that bother her, lived with her times, and never let her gender get in the way of reaching for the top.

Her play about a six foot invisible rabbit called Harvey and his friend Elwood P. Dowd has been produced around  the world and continues to be a popular choice even today more than seventy-five years later. The movie of the play starring Jimmy Stewart is consistently listed by the American Film Institute in the categories of comedy and fantasy.

Many of the protagonists portrayed in her plays and books are strong, independent women.

Above all as the Denver Post once said when she passed away, Mary Chase was a "nice person."

Read more about Mary in my book Pulling Harvey Out of Her Hat: The Amazing Story of Mary Coyle Chase. 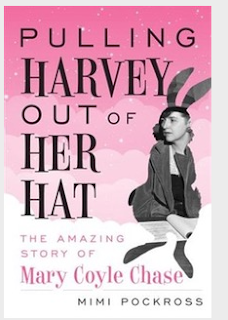