The year was 1965 and my husband Keith and I were newly married and decided to move to Washington, DC where Keith worked on a National Science Foundation grant and I worked as a traveling speech improvement teacher in Washington, D.C.'s inner city.

I had grown up in a very segregated suburb of Chicago where the tribal wars were between Jews and non-Jews. With the exception of a friend's cleaning lady, I had never met an African-American. It was a new experience to be in a world I knew nothing about. Sometimes when I was making my rounds of my schools I was often the only white person in the school, a role reversal of sorts.

It had only been twelve years since Brown v. Board of Education had passed and the seven African-American women teachers on my team of ten were still feeling the sting of attending school in segregated times. Often they would share with me how they felt during those years.

Being with these women changed my life as did teaching in some of the poorest black neighborhood schools. I developed a respect for the teachers who had accomplished so much and would go on to  even greater heights after I left for Illinois the following year. It was a joy to learn about scrapple, eye-opening to see six-foot tall teenagers in my seventh grade classroom, and touching to deliver one little black girl to the projects when we completed an after-school activity that she so enjoyed.

I feel privileged to have had my eyes opened to a culture so different than mine. Maybe that's what all of my fellow Americans need to do: put themselves in places other than where they feel most comfortable. Maybe then we would all learn to respect one another. 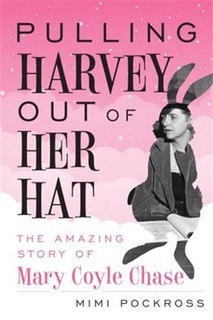