Robert Redford and Me

My father always told me that making gains in life would always be a matter of taking two steps forward and one step backward. He had lots of sayings, "Act the part and you'll be the part," Benjamin Franklin's "All that you do, do with your might. Things done by halves are never done right." "I don't like that man. I need to get to know him better." "You're known by your friends as well as your enemies." He was a Dale Carnegie man and was always trying to improve himself. I think he did a pretty good job for a scrapper from the west side of Chicago.

I don't think my dad ever had any hopes for his daughter to become a writer. Actually I don't think he had any aspirations for me at all. They were all for my brother and he was very disappointed when his son took a totally different direction.

I have just completed writing my third book and the first one to be published by a traditional publisher.

I'm feeling very nostalgic about the long road that has led me to what I consider a very important achievement.

One of my favorite steps forward occurred in the seventies when I retired from working first as a teacher and then as a television producer to become a stay at home mom. In quick succession I gave birth to two sons. I believed in laundering my own diapers and I used to call the bathroom "O'Hare Field" where the dirty diapers were lined up before I laundered them. In winter each day it would take me an hour to bundle up the children to go pick up my husband at the train station in the bitter Chicago cold.

I was living in a Chicago North Shore suburb and had become a runner first indoors at the local high school track and in the summer along the streets of the lush suburb in which I lived.

The suburb was so picturesque that several movies were shot in the area. One of the earliest to be filmed was "Ordinary People" starring and produced by Robert Redford and also starring Mary Tyler Moore.

I knew one of the sets was a few blocks away from where I lived and one day I happened to run by the house.

Looky loos surrounded the set and there were trailers all over the place.

After my run, I went home and wrote about it.

Then in a bold move, I called up (in those days it wasn't all about email) a new magazine that covered the North Shore and asked if they might be interested in publishing the article. They said they couldn't pay me but if I wanted to have it published anyway, they would like to publish it.

To see my name in print was enough and the reception was quite pleasing. A lot of people read the article.

That was the beginning of my official writing career.

Through the years there have been many highs and lows and many lessons to be learned.

I have to say that the struggles have made it worth the time it took to get to this point. In the future I hope the path will get easier, but just trying and once in a while succeeding in what I love to do most is a thrill for me. 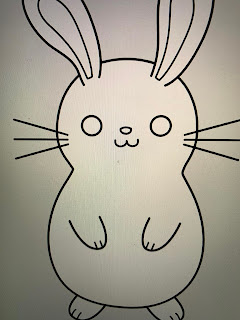