Yesterday I went to see "The Post," Stephen Spielberg's new movie about the Washington Post's decision to publish documents stolen by Daniel Ellsberg from the Defense Department that verified the futility of the Viet Nam War six years prior to Mr. Ellsberg's theft and while the war was continuing to rage and kill hundreds of thousands of American soldiers.  With megastars like Tom Hanks as Post editor Ben Bradley and Meryl Streep as Katherine Graham, the very tentative and new publisher who had just inherited her position when her husband died by suicide, and with John Williams writing the music, there could be no doubt that the movie was Oscar worthy. Right?

Well, it is a winner on many counts.  First the message is so "right on" at the moment and the sets and clothes are fun to watch and there's a lot cute "shticks" that keep the audience entertained.  For example, all during the back and forth that takes place at Mrs. Graham's beautiful Georgetown brownstone, her grandaughter sells lemonade and makes a tidy sum.  And there's another very funny scene where one of the lower members of the editorial staff is asked who had delivered Ellsberg's documents and he goes on and on describing her hippie clothes and finally settles in on "tie-dye" with nobody listening.

It's also a winner because it's written and directed by two women who present the entire tale from a woman's point of view albeit with a very heavy hand.  There's the "touching scene" where Katherine sits next to her daughter in the bedroom where her two granddaughters are sleeping and Katherine relives her feelings at the time of her husband's death when she is asked by the newspaper's board to give a few words of reassurance and her daughter writes the words for her to say.  The words show the strength of the conviction that though she's a woman and she's had no experience except in caring for her children and giving unending cocktail parties, several of which are shown in the movie, she can do the job.

Above all the courage that Mrs. Graham and Ben Bradley cobble together to take the chance that they may go to jail for publishing the papers and risk the profitability of the company against the wishes of all the financiers and professionals that surround them is so mind boggling that whatever other reason for the clumsiness of the movie pales in comparison.

There are many scenes that emphasize women's roles at the time:  Mrs. Graham walks into a boardroom where she is the only female.  She dithers frequently in her demeanor frequently apologizing when she knocks over a chair or when she crosses a street until in the crowning moment she finds her voice and makes her final decision against the majority of men in the room.  At the end of the movie, the message is punctuated by her departure from the Supreme Court where a sea of women step aside as she descends the stairs.  Very symbolic.

I find it interesting that my daughter-in-law thought the movie was boring.  What that says to me is that despite the timely message about the importance of freedom of the press, the minutiae regarding the jigs and jogs that occurred before the Post's win lacks action.  It's just too "talky" for her.  Even I had trouble understanding some of the dialogue and I'm a political wonk.

As for Mr. Hanks and Ms. Streep, they are their amazing selves and just not convincing enough to be sold to me as the larger than life figures of Ben Bradley and Katherine Graham.

Still, I was totally drawn to the retelling of a time in which I was living through the dark days of an unending war that came to no good.
Posted by mimi pockross at January 16, 2018 No comments: 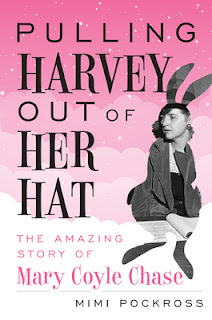